Each year, during the last week of school before the summer holidays, children from all over Dresden in their third year of primary school set out to find Max Grundeis, the thief from Erich Kästner’s world-famous children’s book ‘Emil and the Detectives’. Like the original protagonists, their code word is ‘Emil’. After a grand opening with music and Emil’s request for help at Dresden-Neustadt train station, the children complete tasks at various stops with interactive theatre performances. The hunt ends with a grand finale after the thief has been handed over to the police at Neumarkt square. 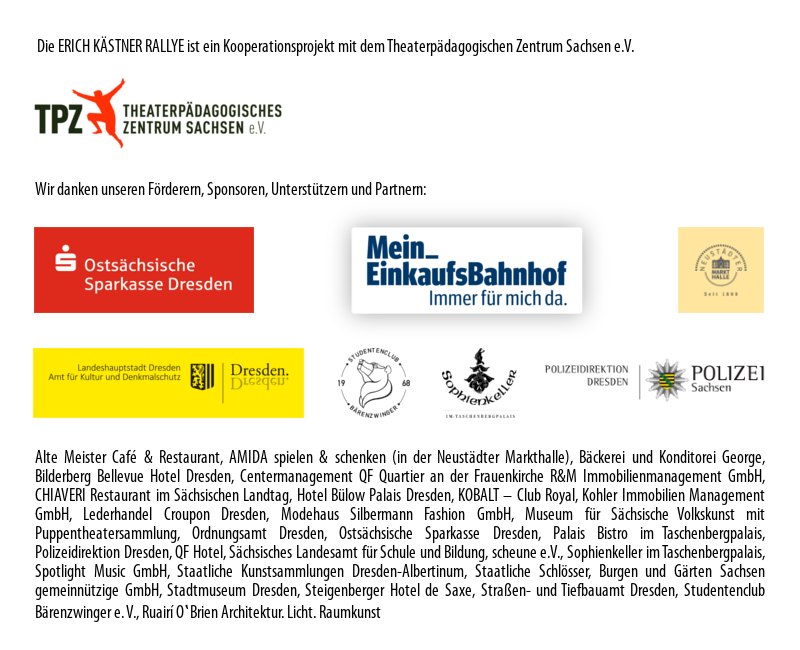